The city of Angkor Thom was founded by Angkor’s greatest king, Jayavarman VII (reigned 1181-1219), who came to power following the defeat of the former Khmer capital by the Chams. At its height, Angkor Thom may have governed a population of one million people in the surrounding area.

Angkor Thom was built in a nearly perfect square, the sides of which run north to south and east to west. It was surrounded by a square wall (jayagiri) 8m high and 12km in length and further protected by a 100m-wide moat (now dry), said to have contained ferocious crocodiles.

A gate opens exactly in the middle of each wall, from which a bridge extends over the moat to the area outside the royal city. The original royal palace at Angkor Thom, built in the 10th and 11th centuries, was probably built of wood and no longer stands.

The vast area of the Angkor Thom ruins, over a mile on one side, contains many stone temples and other features to explore. The city has five monumental gates (one in each wall plus an extra in the eastern wall), 20m high and decorated with stone elephant trunks and the king’s favorite motif, the four faces of Avalokiteshvara.

Each gate, which leads onto a causeway across the moat, is flanked with statues of 54 gods on the left and 54 demons on the right. This is a theme from the Hindu myth of the Churning of the Milk-Ocean (illustrated in the famous bas-relief at Angkor Wat).

The south gate is the best restored and most popular, but also the most busy since it leads directly to Angkor Wat. The east and west gates, found at the end of uneven trails, are more peaceful. The east gate was used for a scene in the Tomb Raider movie, in which the bad guys broke into the “tomb” by pulling down a giant apsara (actually made of polystyrene).

Bayon Temple (circa 1190) is a Buddhist temple but retains elements of Hindu cosmology and imagery. Standing in the exact center of the walled city, it represents the intersection of heaven and earth. It is known for its enigmatic smiling faces of Avalokiteshvara and its extraordinary bas-reliefs. 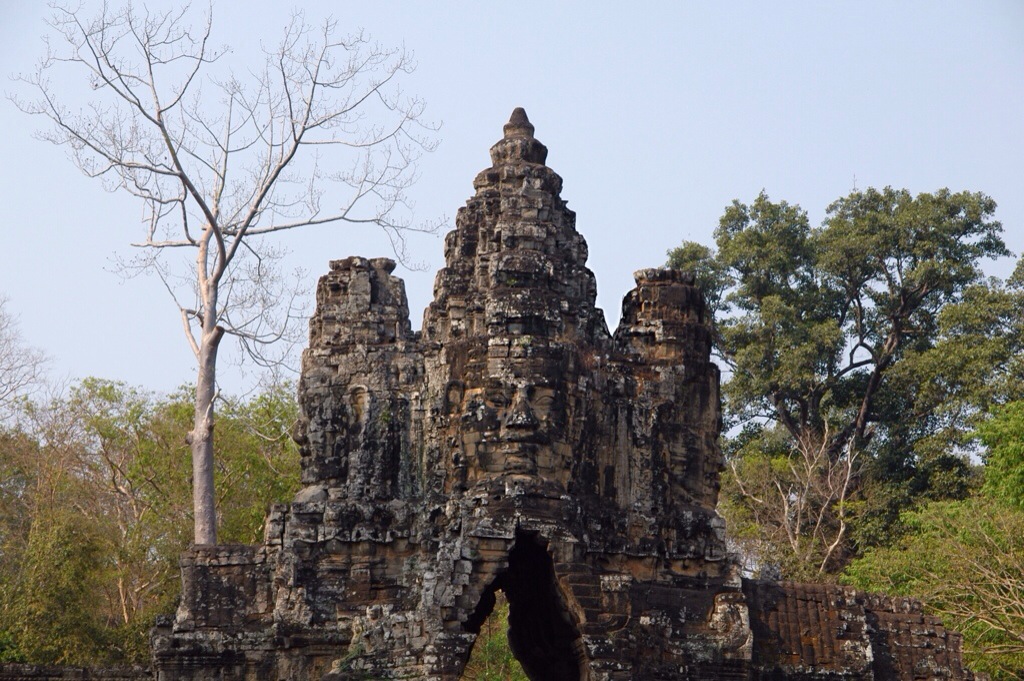 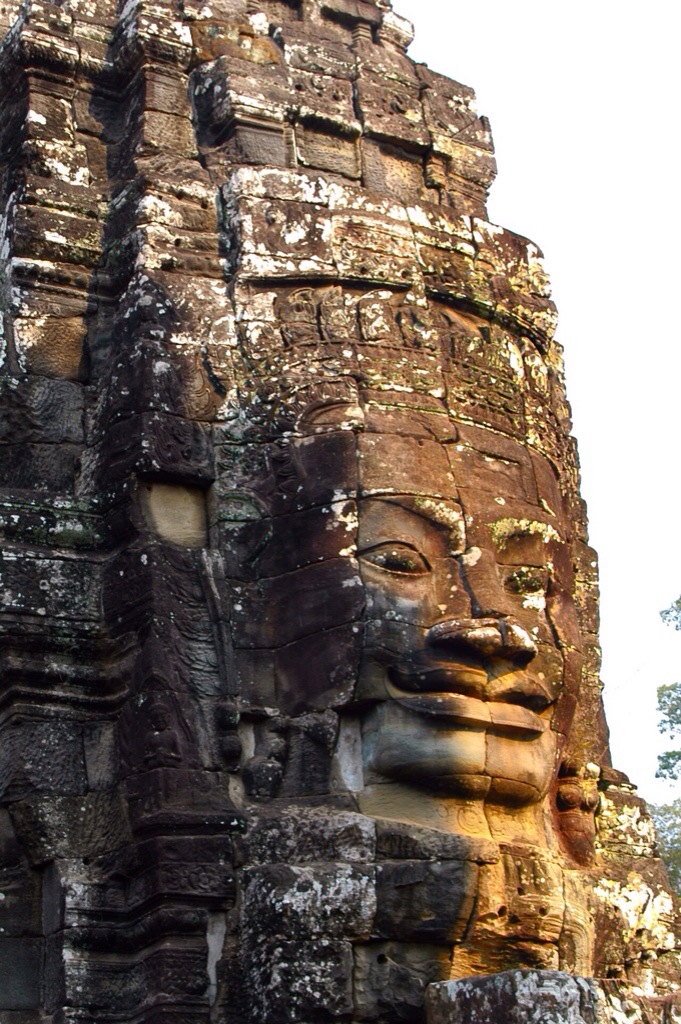 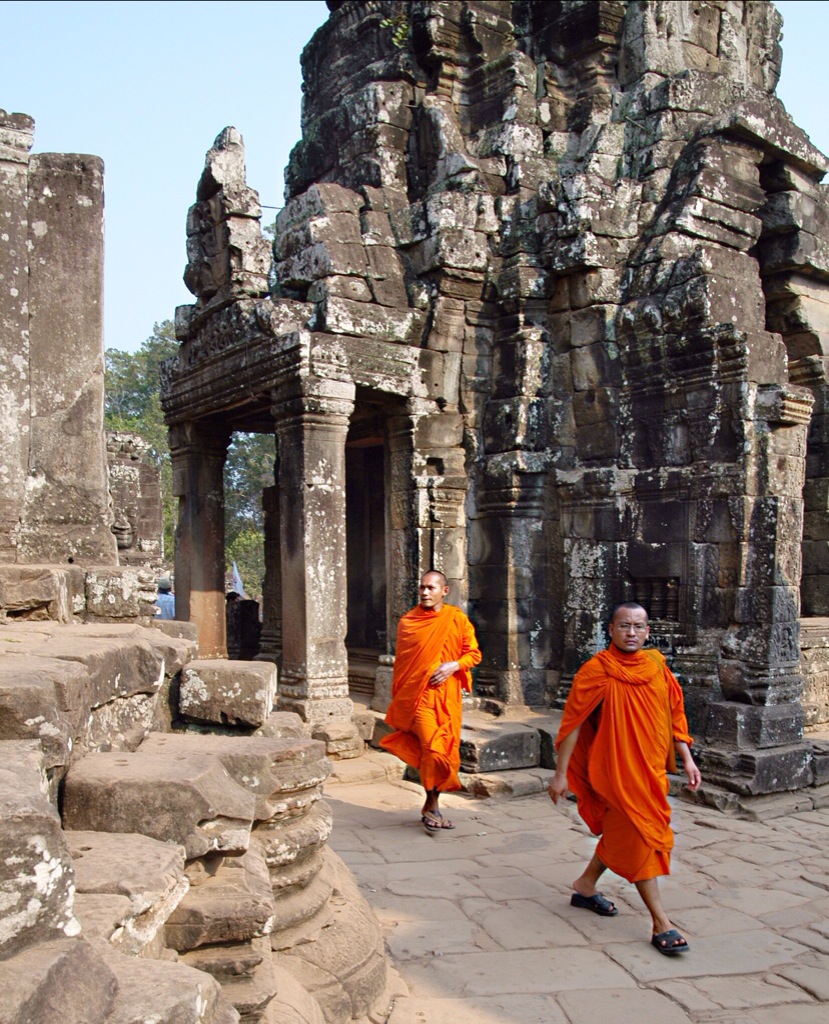 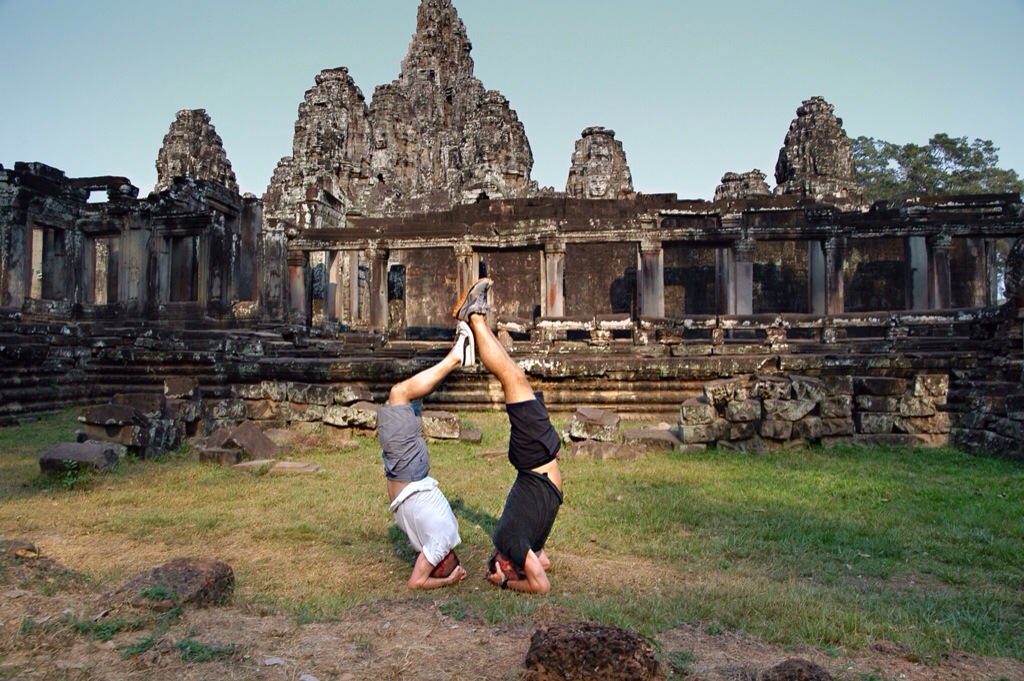 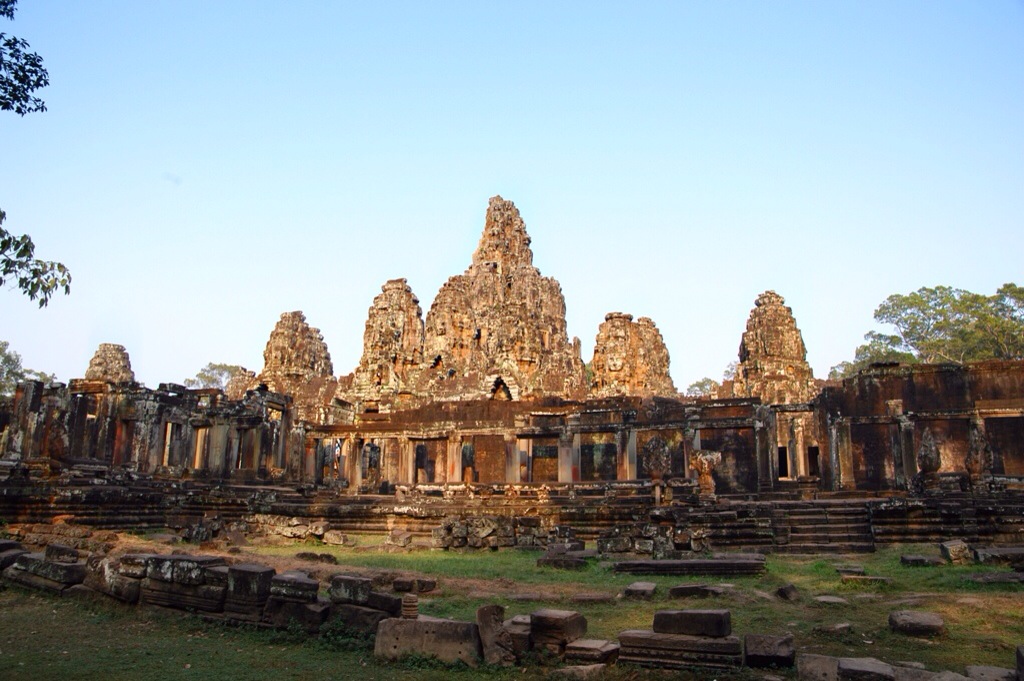 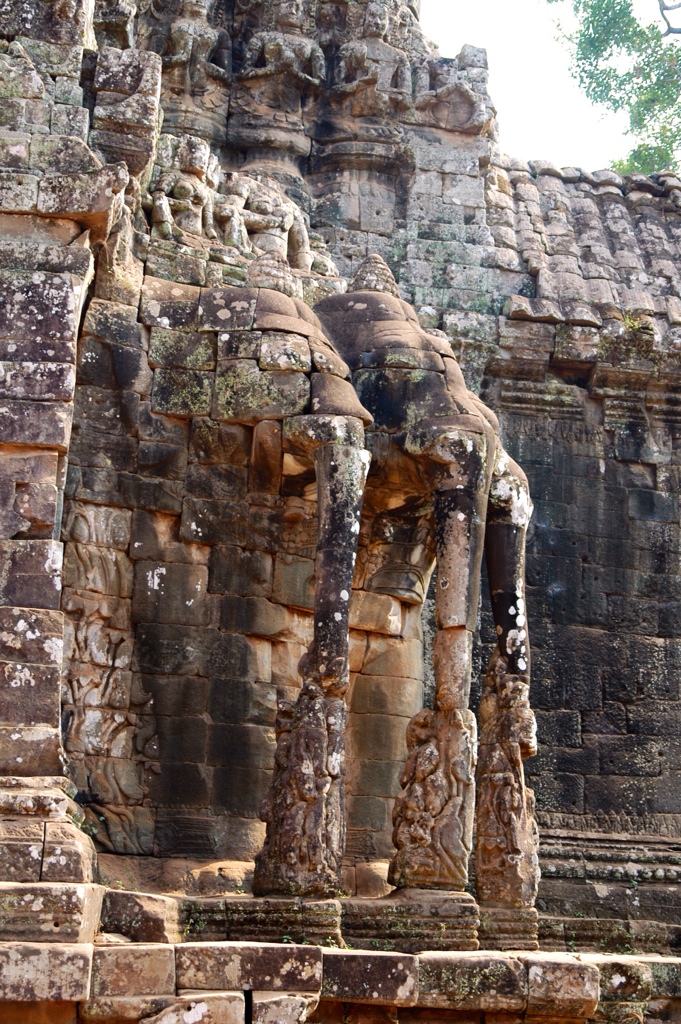